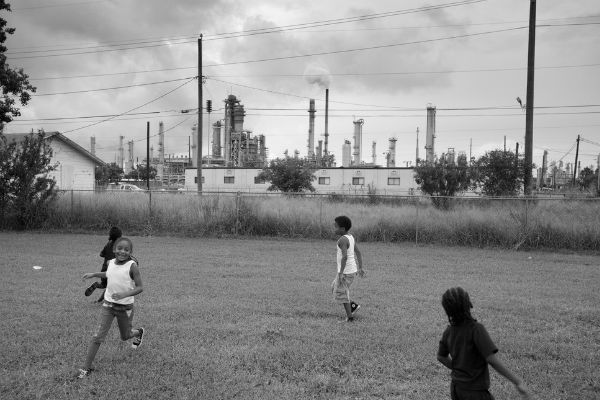 The more children are exposed to pollution, the greater the risk they will develop their first case of asthma, a large study has found.

The study, published in the BMJ on Wednesday, adds to the growing evidence that exposure to air pollution influences the development of chronic breathing problems.

Doctors have long known that even brief exposure to air pollution can make asthma worse, but less is known about whether pollution raises the risk that children will develop asthma in the first place.

Researchers looked at data from nearly 780,000 Danish children born from 1997 to 2014. They followed up with the records to see if any of the children develop persistent wheezing and asthma between the ages of 1 and 15.

They found that children whose parents had asthma were also more likely to have asthma, as were children whose mothers smoked when they were pregnant.

But even when adjusting for these factors, it was when the children were exposed to higher levels of small particle pollution and nitrate pollution that they were more likely to develop asthma and persistent wheezing compared to children who were not exposed.

For every additional 5µg-per-cubic-meter increase in concentrations of those pollutants, there was about a 4 or 5% increase in asthma or persistent wheezing.

Particle pollution comes from power plants, cars, construction, farming and fires. Particle pollution, instead of being breathed out, can get stuck in the lungs or go into the bloodstream. The particles can cause irritation and inflammation.

There are limitations to the study, since it is observational and relies on a model, and didn’t look at children’s specific personal exposure to pollution. There’s an underlying assumption that children spent the majority of the time in the area of their residential address.

Personal air monitoring may add more detail to an assessment like this. There may also be other risk factors that couldn’t be captured by the data since it lacked individual level information.

Earlier studies have shown that even at low levels of small particulate matter pollution, children may be more likely to develop asthma than if they lived in an area with cleaner air.

Air pollution is believed to shorten the life expectancy of children by 20 months on average, according to a 2019 study.

Exposure to pollution is also linked to heart problems, cancer, and premature death. And it’s not just physical problems.

A 2019 study found that even short-term exposure to high ambient air pollution corresponded with a rise in visits to the children’s psychiatric emergency department for adjustment disorder, suicidal thoughts, and schizophrenia.

This isn’t a problem isolated to Denmark. According to the World Health Organization, around 93% of the world’s children breathe air that is so polluted it puts their health and development at serious risk.

The 2020 State of the Air report from the American Lung Association found that more Americans, more than 46% of the US, lived in communities impacted by unhealthy levels of pollution.

That’s higher than was found in past reports. Scientists think the climate crisis is making it even harder to protect human health, since warmer temperatures make air pollution a much bigger problem.