Black Men’s Health Month No Cause for Celebration 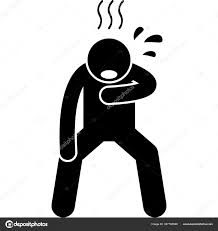 Black men in the United States suffer worse health than any other racial group in America. For example, as a group, Black men have the lowest life expectancy and the highest death rate from specific causes compared to both men and women of other racial and ethnic groups.1

Discrepancies in health statistics for the more than 17 million Black men, when compared to others, highlight a great need to better address their causes. There are a number of reasons that can be pointed to as causes for the issues of poor health among Black men. Racial discrimination, high rates of incarceration, unemployment, a lack of affordable health services, poor health education, cultural barriers, poverty, access to health insurance, and insufficient medical and social services catering to Black men all negatively affect quality of life and health. Here are some of the sobering health statistics for Black men in the U.S.

10 Leading Causes of Death
According to the Centers for Disease Control and Prevention (CDC), the following were the leading causes of death of Black men in 2017:5

Homicide a Leading Cause of Death for Younger Black Males
In the category of leading causes of death, when broken down by age group for Black males in the U.S., more disturbing statistics are revealed.

A further breakdown of deaths by age group among Black men due to homicide:7

In February of 2016, the Centers for Disease Control and Prevention (CDC) released a report assessing the lifetime risk of HIV in the U.S. by state, as well as by key at-risk populations. The report revealed surprising statistics for Black men in the U.S.

Among Black men, there was a 1 in 20 lifetime risk, compared to a 1 in 132 lifetime risk for white men. If these rates continue, approximately one in two Black men who have sex with men (MSM) will be diagnosed with HIV in their lifetime—a rate of 50%.2

This is a very concerning statistic that is not easily explained, but the very same factors that affect the overall health statistics of Black men in the U.S. described above also play a complex role in this statistic as well