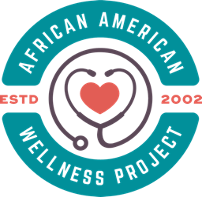 Is it Safe to Cry Now?

Oakland, California (March 15, 2022) —The African American Wellness Project (AAWP), a non-profit organization working to reduce health disparities in the Black community, partnered with Lincoln Families and Emmy and NAACP Award Winning Oakland producer P. Frank Williams, for a documentary screening and discussion about how Black Men can heal the unexpressed pain and trauma of a toxically masculine society.

During this event, attendees viewed the four-episode docuseries from producer and panelists P. Frank Williams, “Profiled: The Black Man,” which examines the origins of the widespread stereotypes that have permeated society and impacted the lives of Black males in America for centuries.

“Thanks to our seasoned and committed panelists we turned our theme Black Men Don’t Cry to Tears of Joy and just scratched the surface of how Black men begin to heal from and counter stereotypes about toxic masculinity in Black men, stated AAWP Founder Dr. Michael LeNoir.

This event kicked off the AAWP’s Mental Health Initiative which consists of: wellness checking on our website for depression and stress, a social media campaign destigmatizing treatment for mental health issues, focus groups among black psychiatrists and mental health providers about how to best screen for mental health issues among this populations, and making related resources available.

“Black males at an early age live under the expectation of emotional stoicism in the world and what should be a “safe space,” and the weight of such pressure has a devastating impact on their emotional wellness, stated George Woods. “Thank you AAWP for this impactful panel discussion.”